It was perhaps fitting that there wasn't a cloud in the sky Saturday morning in the Estevan area.

Families and relatives from across the globe gathered in the Boundary Dam area to honour 21 people who lost their lives in an air crash 76 years ago.

A cairn monument was unveiled near the crash site. Overhead, a flypast with planes from RCAF Station Brandon, clearly visible in the blue sky.

"It's unfortunate because these were all young flyers who had gone through the war either as fighter pilots, bomber pilots. And then to lose their lives a year after the war...it was just so tragic," said Wayne Younghusband, who lost his uncle Harry Cowan in the crash.

The cairn gave context to what happened on that September morning back in 1946.

"On the morning of September 15, 1946, 20 pilots and one mechanic boarded a Dakota transport plane and flew from Minot to Estevan. An elevator lock had inadvertently been left in place before takeoff and as a result, the plane crashed at 10:30 AM while attempting to land. No one survived. Women lost their husbands, 17 children their fathers, parents their sons and siblings their brothers. These young men served Canada on active duty during and after the war. They will not be forgotten."

One of those 17 children is Jackie Hand. She lost her father Lew Murphy in the accident.

"We never knew him...we were born in March '46," said Hand, who travelled all the way from Greece with her twin sister to attend the commemoration. "Very delighted to be here."

Hand expressed appreciation for the organizing committee, who were able to track her family down.

"It's very humbling in realizing how much effort and perseverance they put in for four years because they couldn't find us, they'd been looking for the twins for several years I think. It's been such a wonderful ceremony today."

Younghusband, who travelled to Saskatchewan from Ottawa with his wife, said he really enjoyed meeting some of the other families.

"You get to talk to people you haven't met before. The one theme through all of the conversations was gratitude and thanks for being able to do this," he said.

He added that he never knew the full details behind the crash.

"As a family member I was so grateful for the work that people who were unrelated to the victims did to make contact with all the families of the 21 victims. And the result being the memorial and the gathering here today, and it's just wonderful," Younghusband said.

The Poulton family also travelled to southeast Saskatchewan to attend. Tom Poulton's father, Bob McRoberts, was on the plane. His nickname was Scotty.

"Scotty died when I was nine months old," said Poulton, who lives in North Carolina. "So everything that I heard was of course after his death from my mom later on in life. And so I really didn't have a connection early in life, and then once I got to be more of an adult and wanted to look back into my roots, this is when I started learning more and more and more about Scotty."

"And to be able to have all of this come around to fulfillment today is just awesome. "As it (the momument) says, we don't ever ever want to be able to forget these people. They always have to stay vivid in our minds."

The granite "Forever in the Clouds" monument is located just off of Highway 47, on Township Road 14, on the way to Woodlawn Boundary Dam Regional Park. The City of Estevan has promised to maintain the area so that it can be visited at anytime by anyone who wishes to see it. 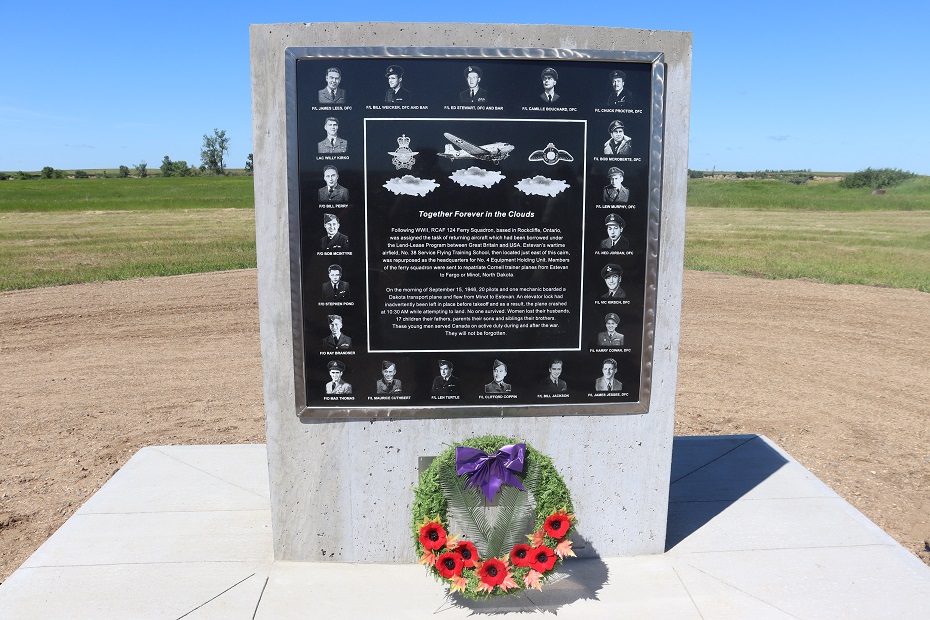 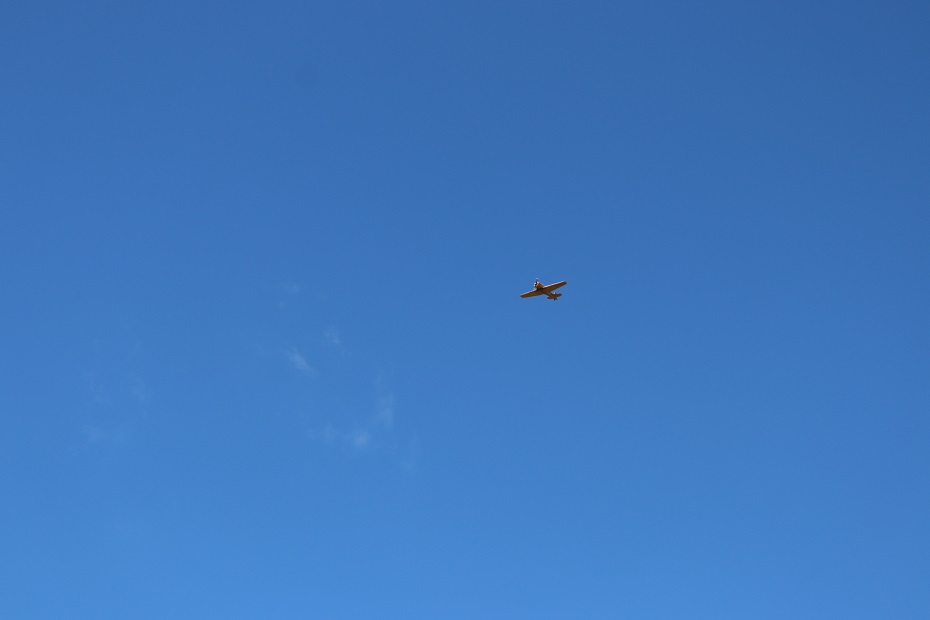 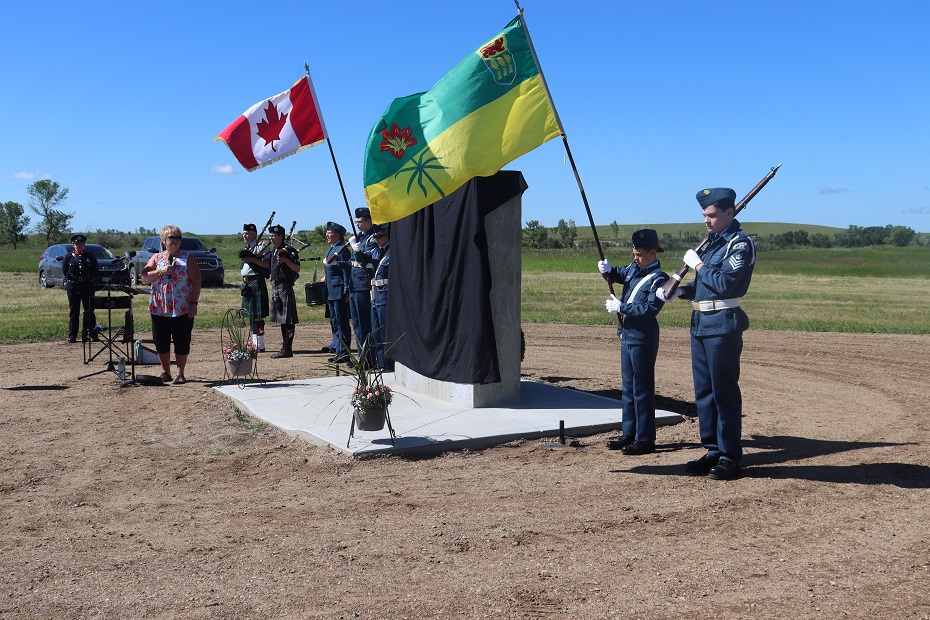 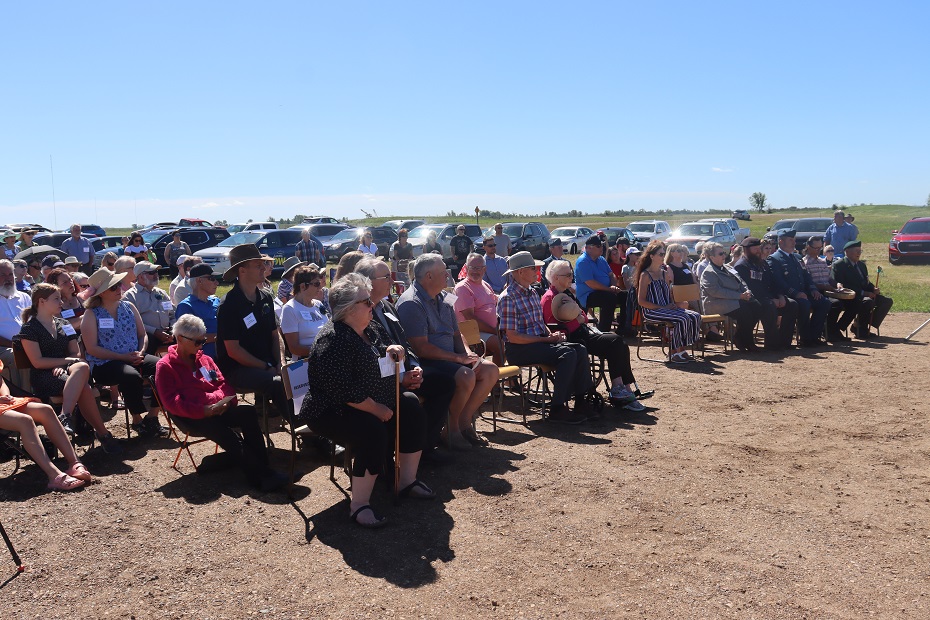 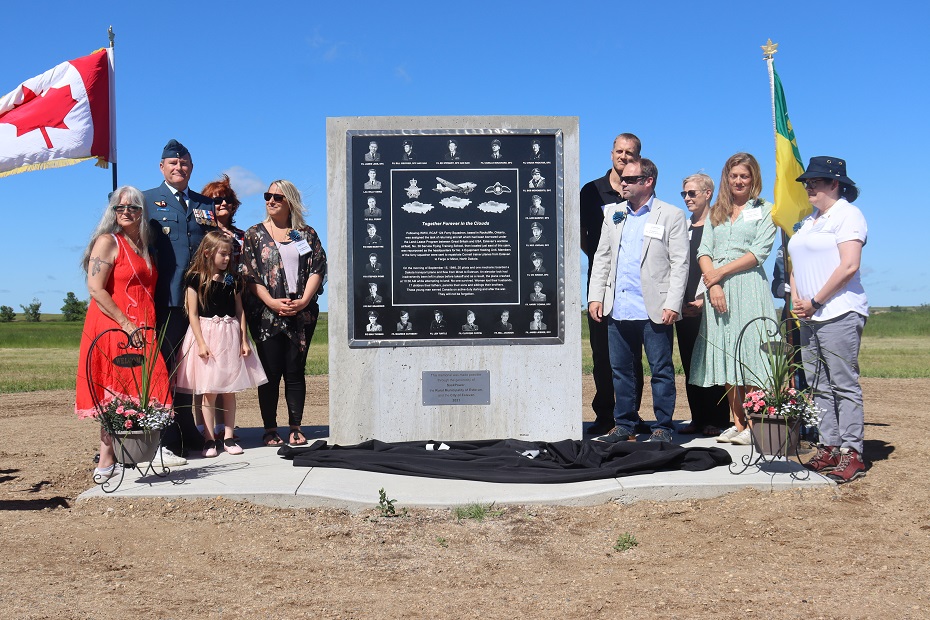 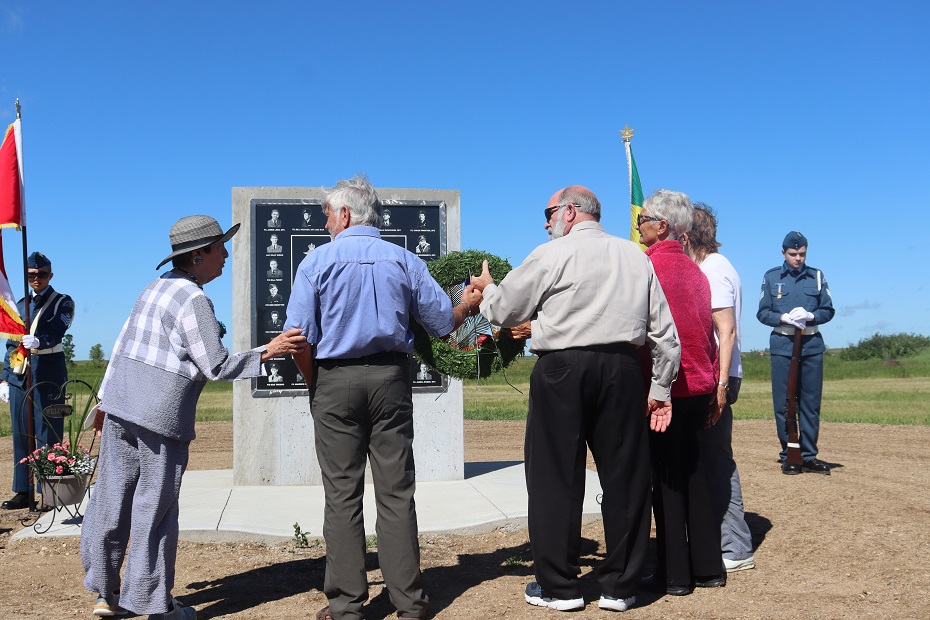