The people of Estevan have not been treated to the sights and sounds of a monster truck rally in quite some time.

Thankfully that will change on July 29 & 30 as the monster trucks Crude Behavior, Roughneck, Cyclops, and Thunder Chicken descend on the energy city to unleash some Monster Mania!

The Estevan Motor Speedway and Golden West radio wanted to give people a chance to win tickets for the event with a monster truck colouring contest.

Check out the three winners' submissions as well as the many others that were sent in as well. 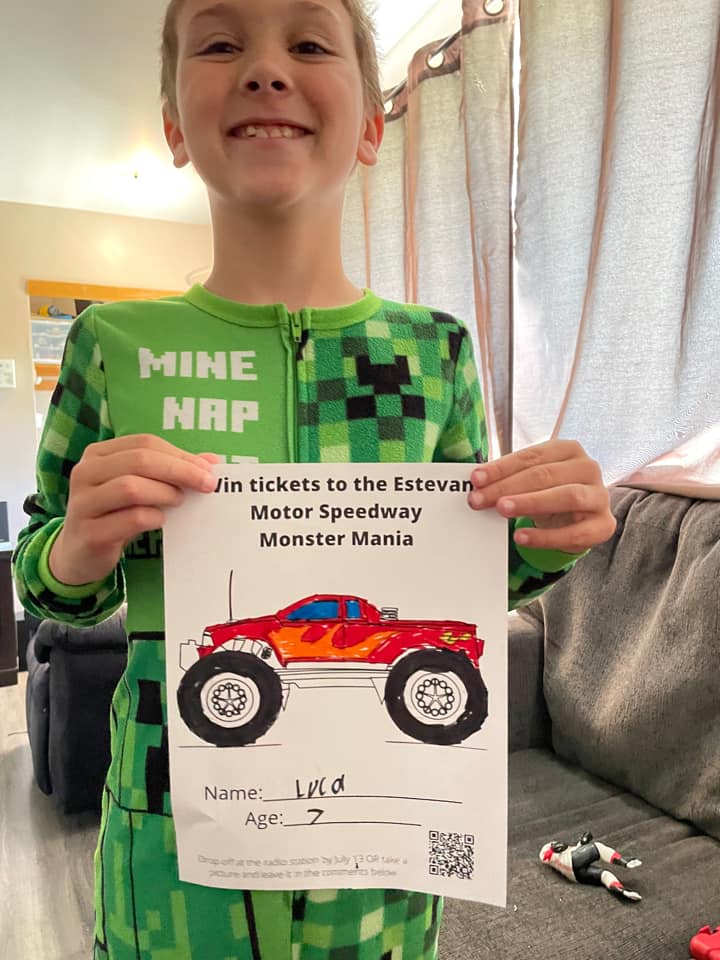 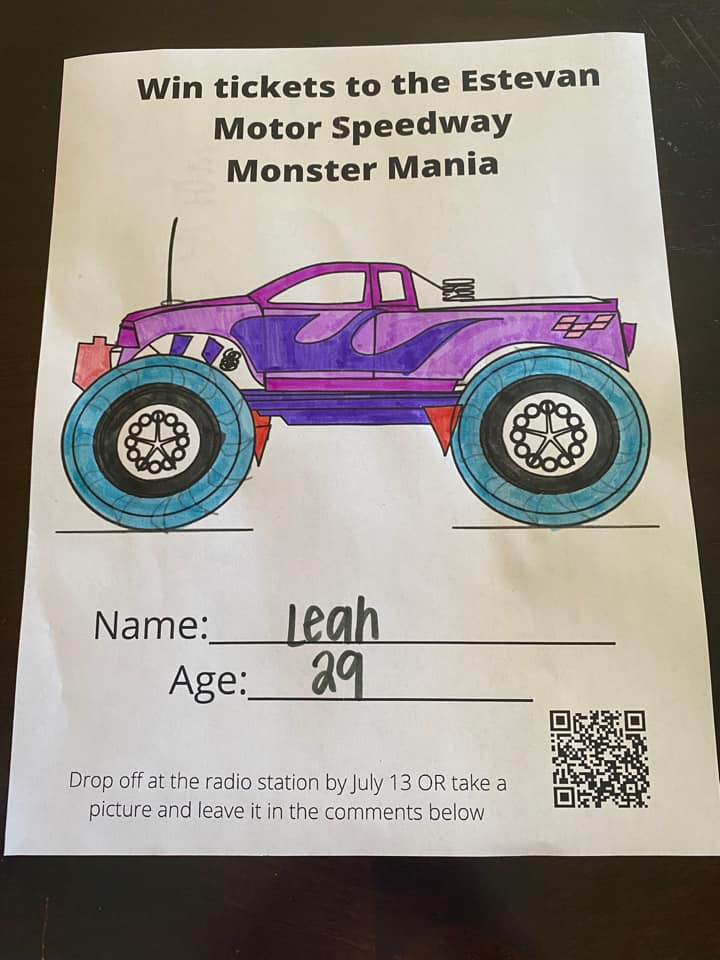 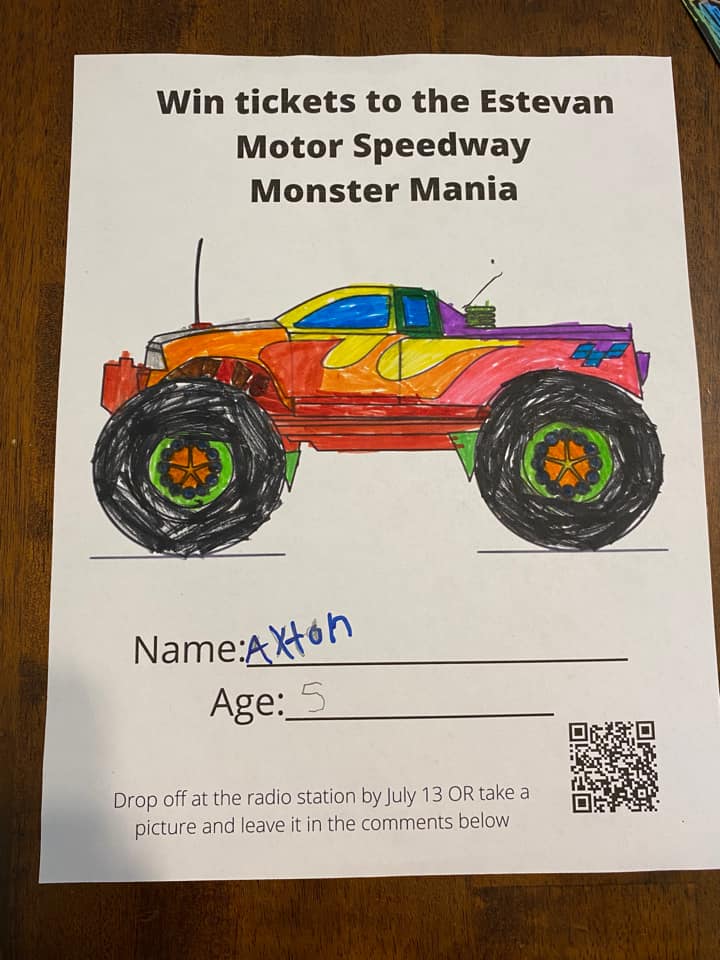 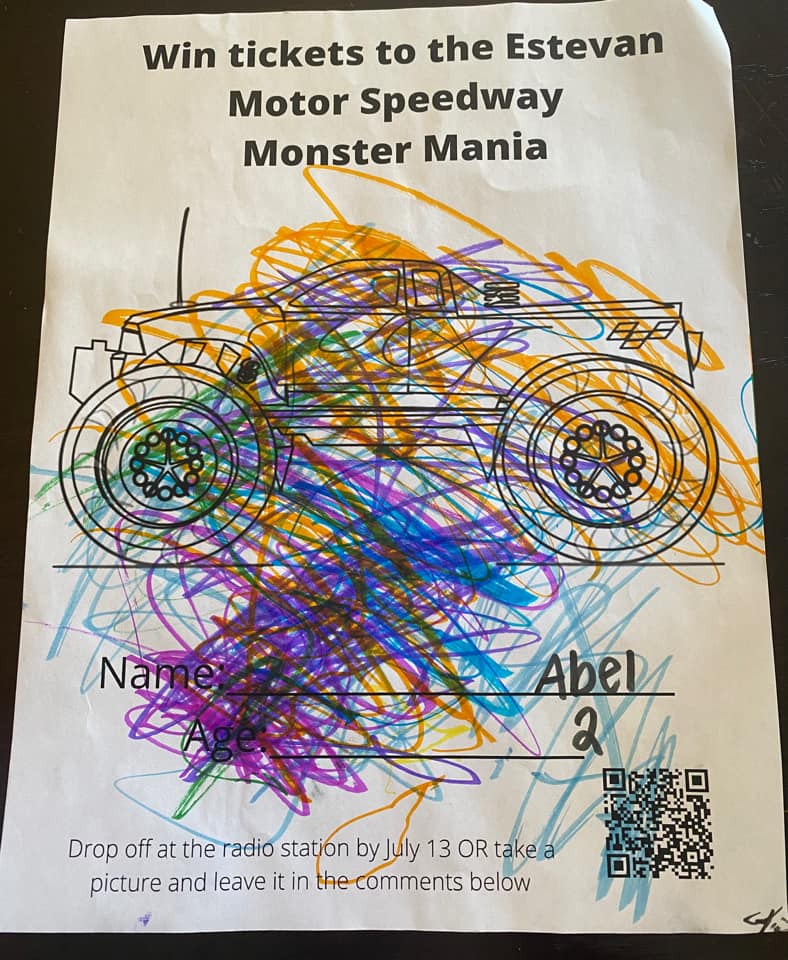 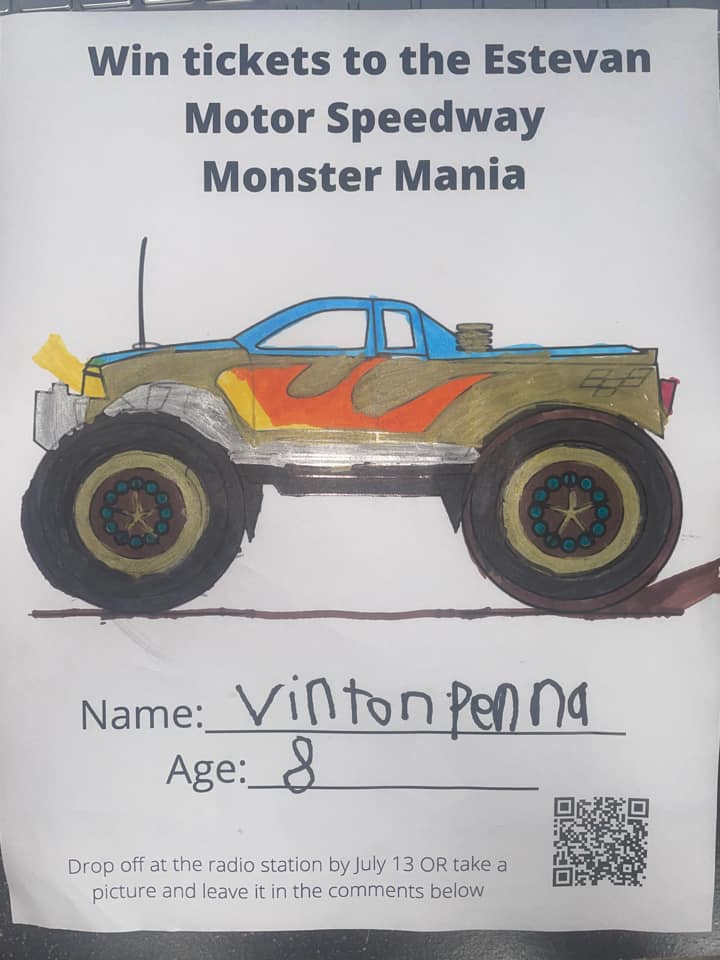 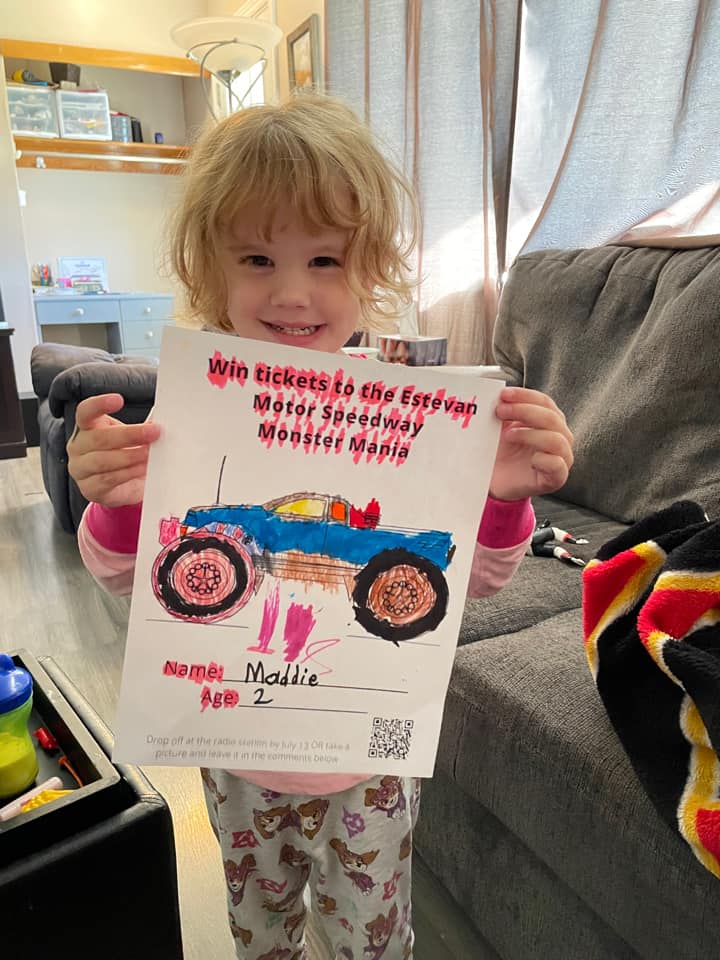 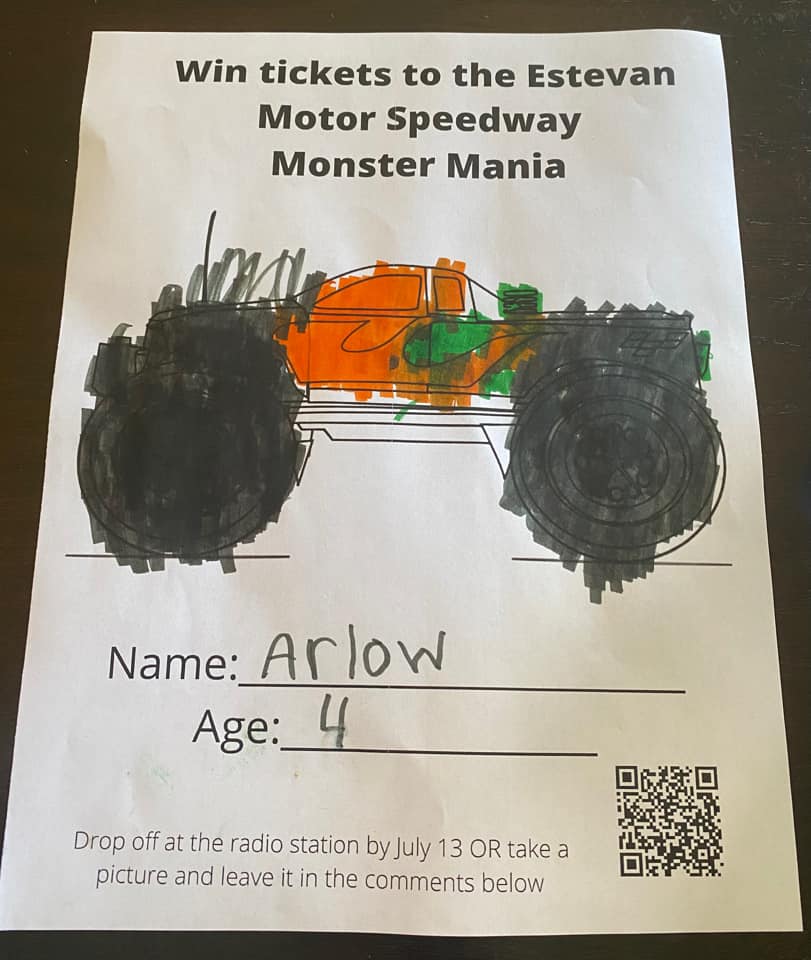 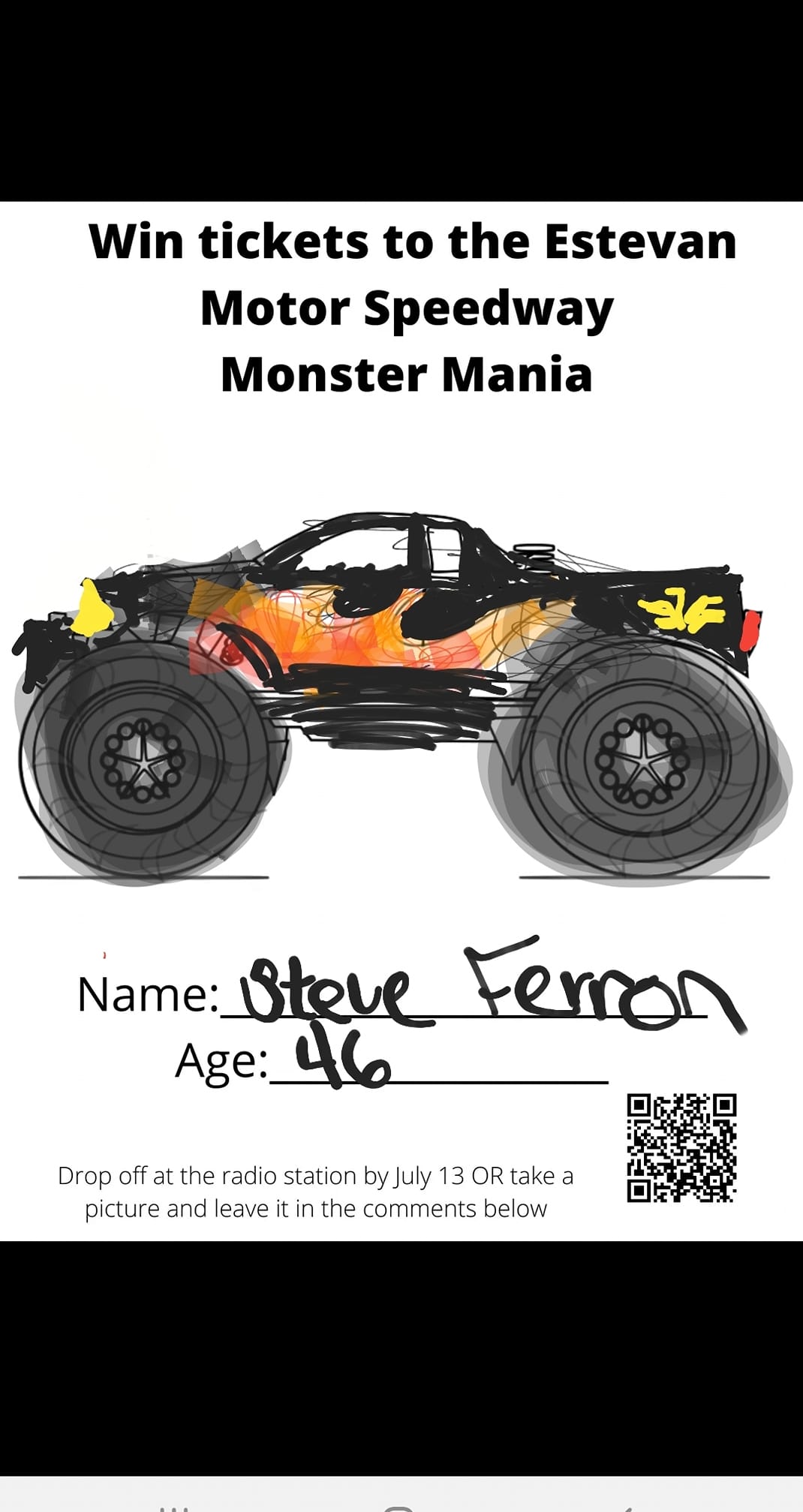 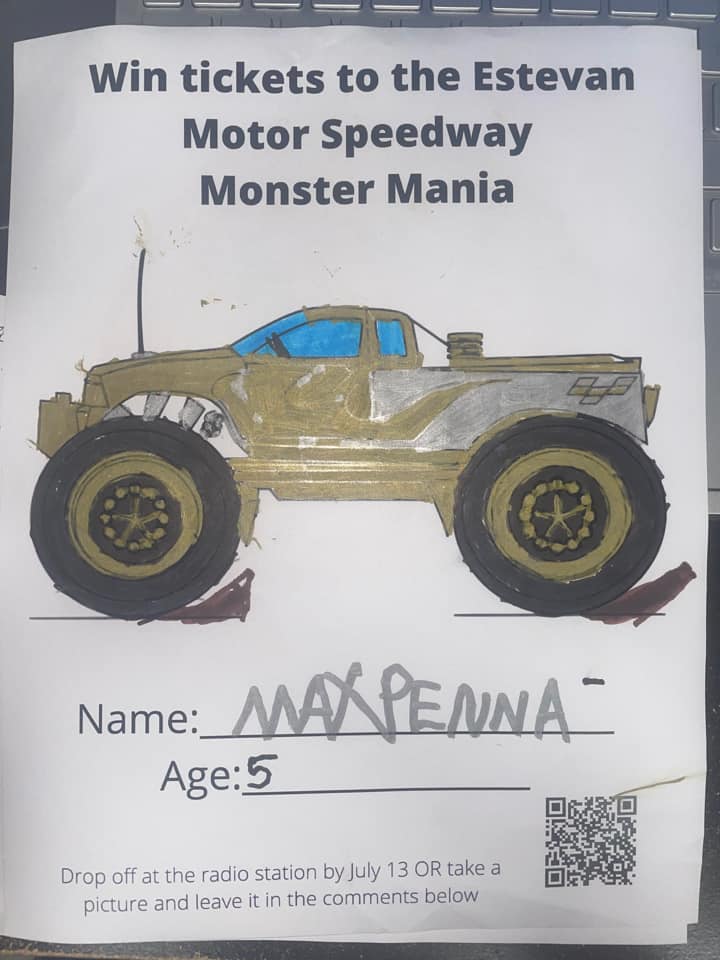 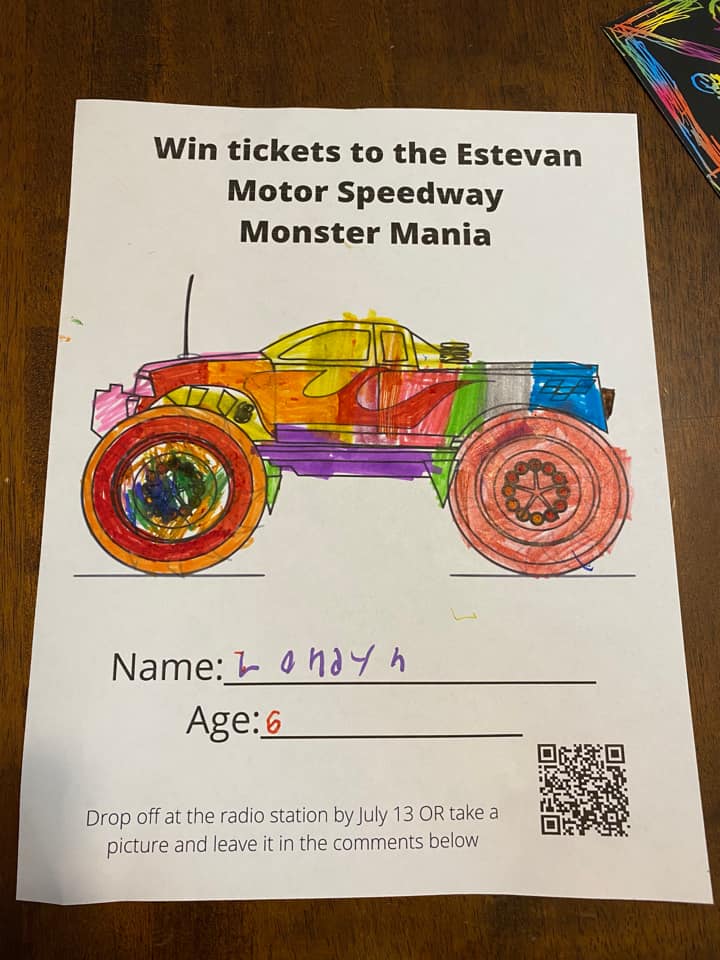 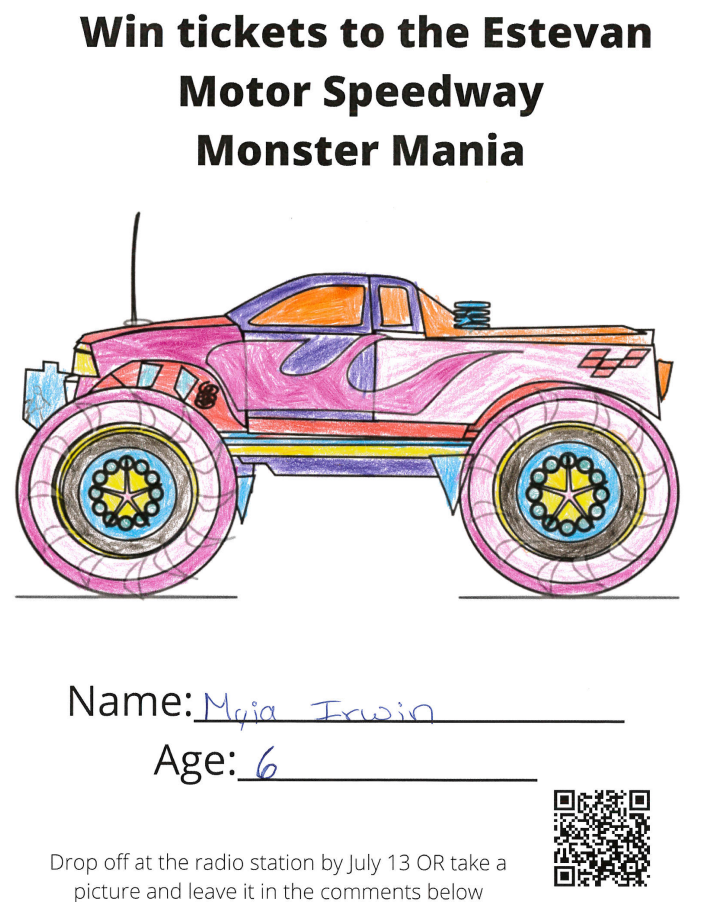 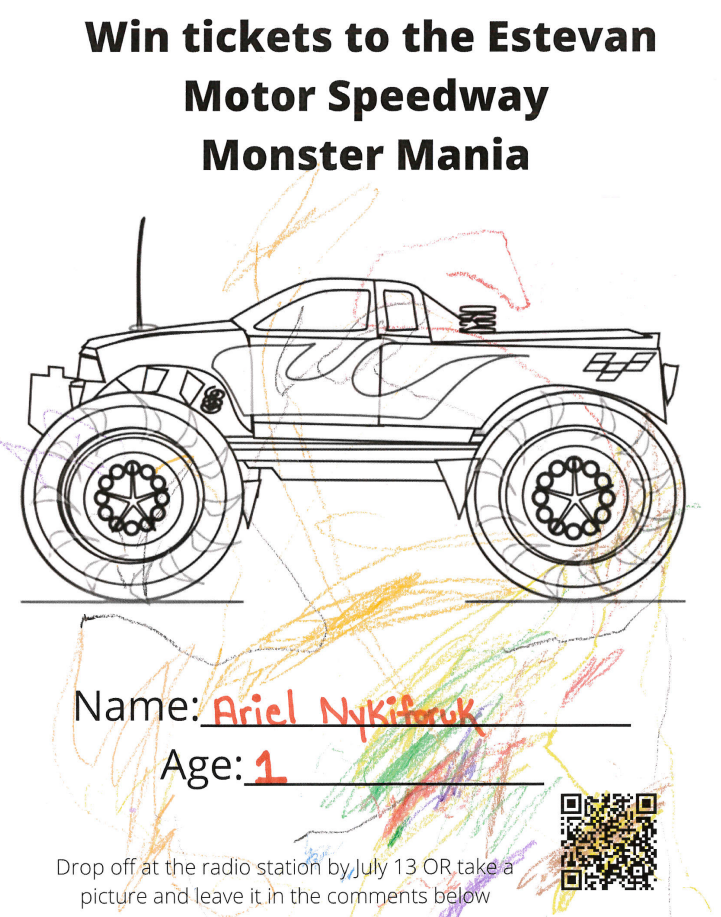 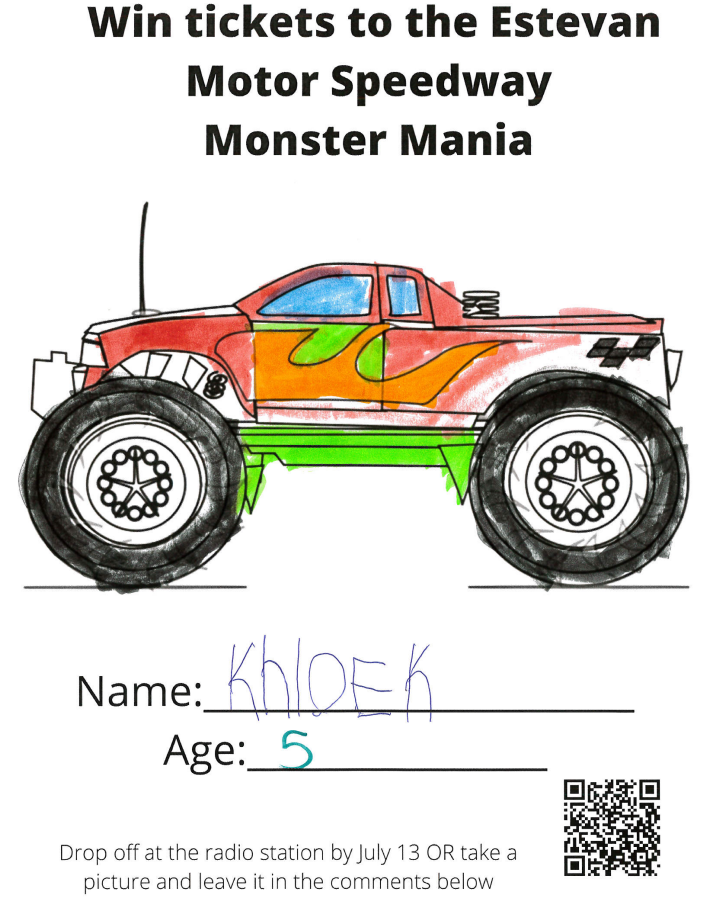 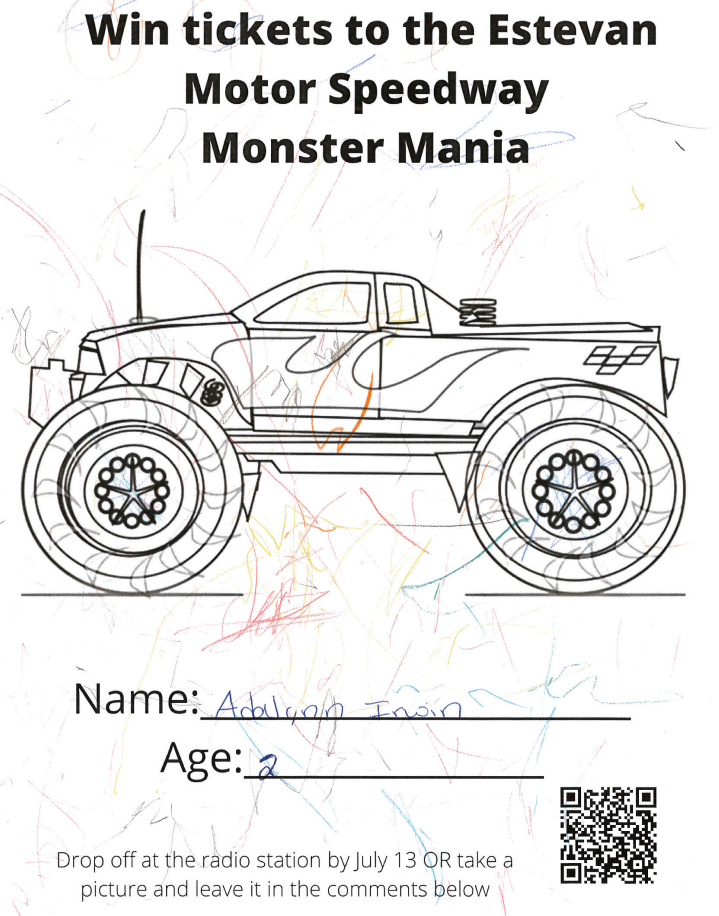 4th is the place to be this Saturday!

Are you the owner of this property?