The Estevan Bruins have inched just a little bit closer to an SJHL championship.

The Bruins won game 1 of their best of seven championship series with Flon Flon, defeating the Bombers 4-2 on Friday night at Affinity Place in front of a raucous crowd.

The Bruins led 1-0 after one period and 2-1 after 40 minutes. Defenceman Dayton Deics scored a highlight reel goal late in the second period that sent Bruins fans into a frenzy.

Bombers captain Zak Smith scored both goals for the visitors.

Estevan netminder Boston Bilous made 25 saves in the win, including a couple dazzling stops with his right pad. 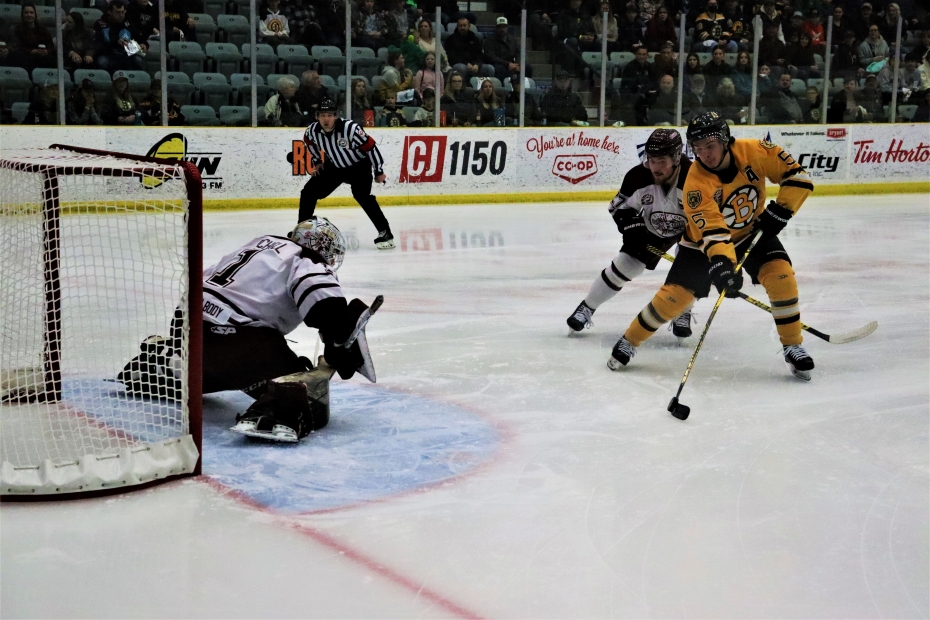 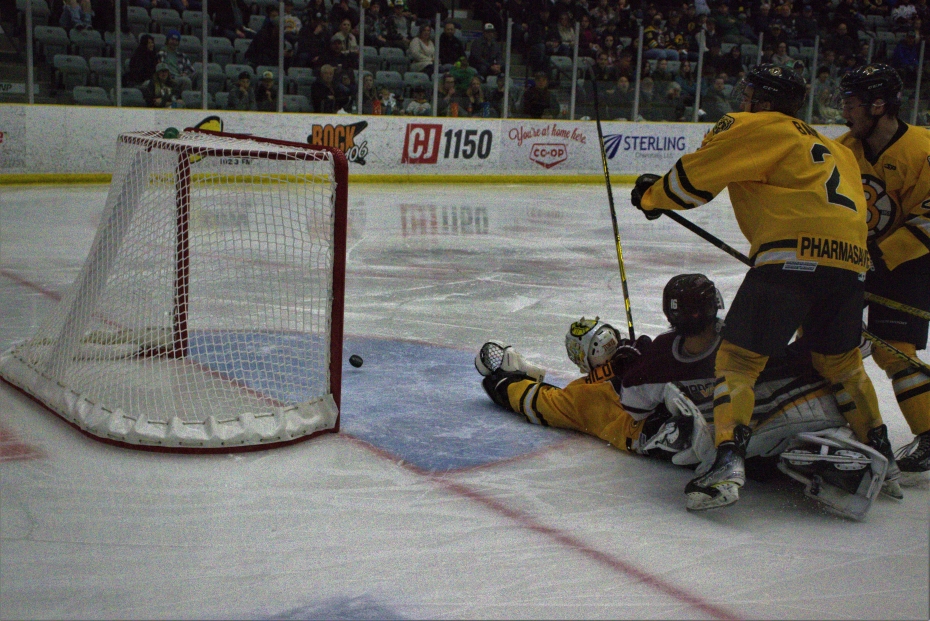 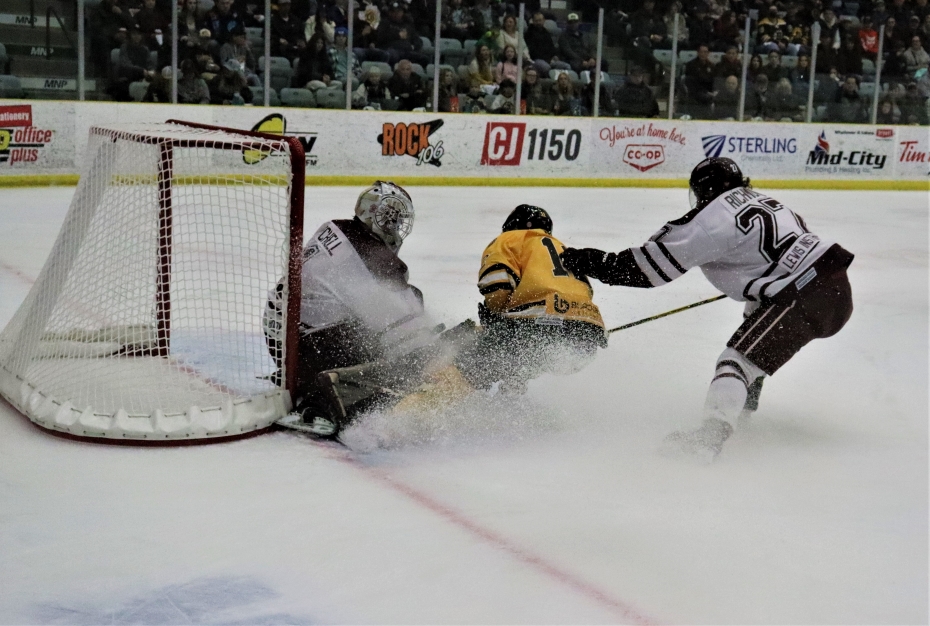 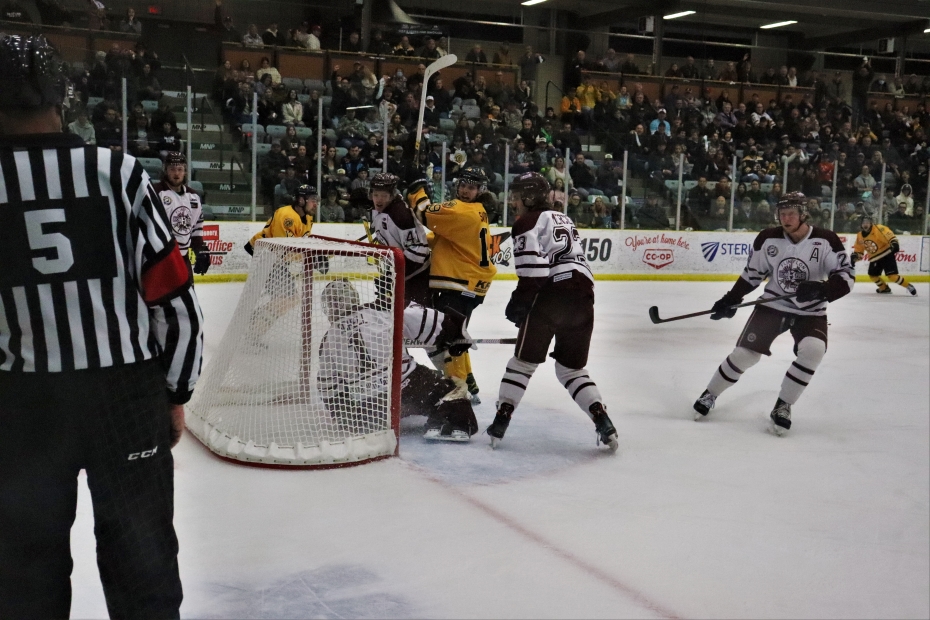 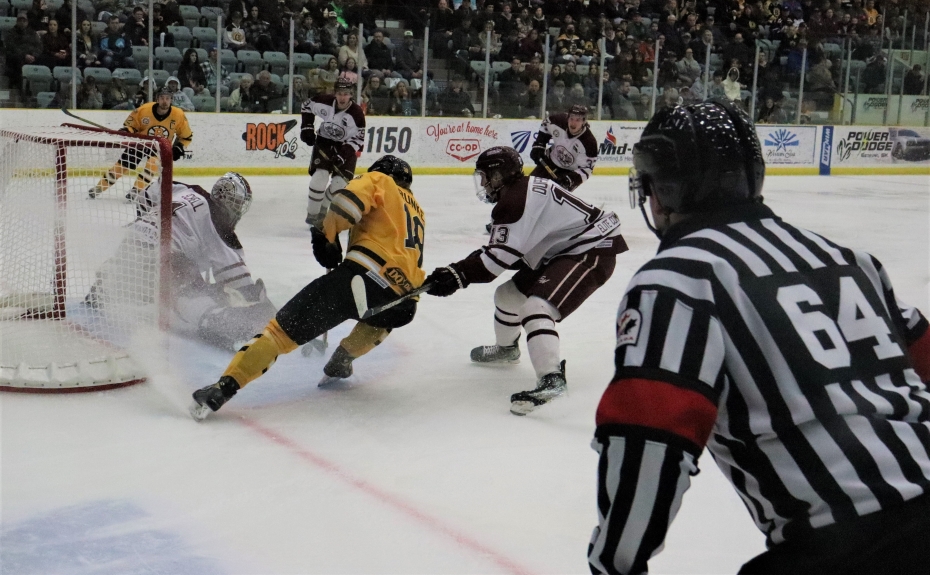 Bruins reflect on season after early exit at Centennial Cup