Students from Estevan schools went toe to toe with cold, windy conditions as they honoured local veterans at the Estevan Cemetery Thursday morning during the third-annual No Stone Left Alone ceremony.

A ceremony was held at 11 a.m., including the playing of "The Last Post," two minutes of silence, the playing of "Reveille," and speeches from students, before the pupils laid poppies on veterans' snowy gravestones.

Craig Bird, who is the director of the Southeast Military Museum, is involved with the Estevan Legion, and is a constable with the Estevan Police Service, spoke about the significance for the region of this year being the 80th anniversary of the 1942 Dieppe Raid.

"523 men of the South Saskatchewan Regiment went in for what was supposed to be a day-long raid. By lunchtime, out of that 523 men that went in, 84 died and another 89 became prisoners of war for the remained of the war, until 1945 when they were released. Forty-six of those 84 that had died were from the southeast corner of this province.

Bird said nine of the 46 were from Estevan, 12 from Weyburn, and 25 were from rural areas around the southeast.

"It was quite a tragic day. Most of the towns in this area had some kind of loss to account for because of that raid."

Elyse Mantei has coordinated the event each year it's been in Estevan. She said honouring veterans comes naturally. Her father, John Wilkinson, was in the military for 40 years and runs the program for Saskatchewan.

Mantei said there were around 230 veterans laid to rest at the cemetery.

She was very thankful for the kids that attended the ceremony, despite the biting wind.

"It's really awesome. I love seeing the kids engaged, and they looked very into it and really taking in everything that was said. I loved seeing them put the poppies on the gravestones. I know how cold it is t today, so it was really good to see this many kids come out."

The event was originally scheduled for November 7, but was pushed back due to weather. Mantei joked that November 17 was initially forecast to be seven degrees in the long-term forecast... a far cry from the -23 windchill values that came instead.

The City of Estevan and the Estevan RCMP were also represented, with Mayor Roy Ludwig and Staff Sgt. Steven Ross in attendance. 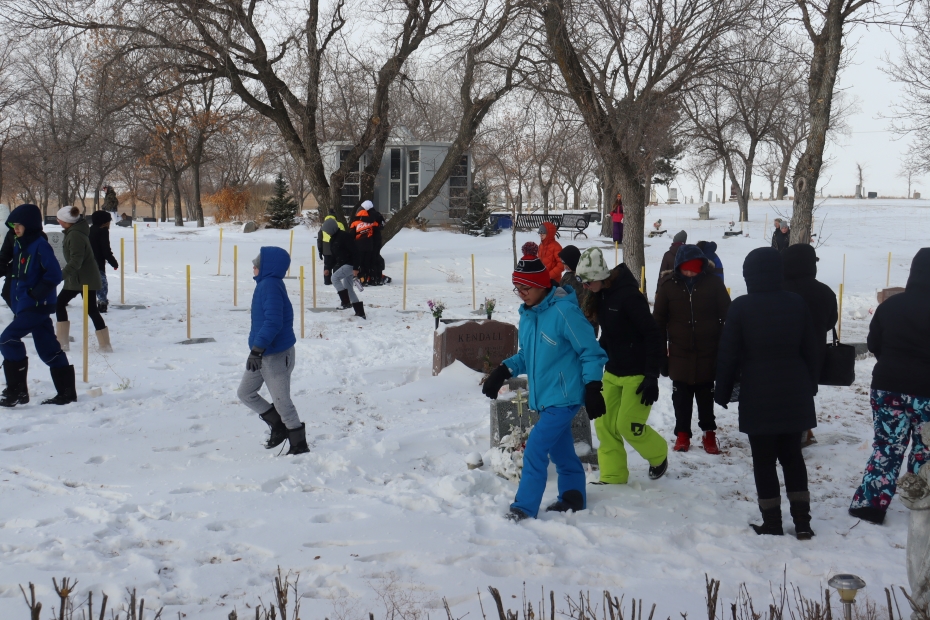 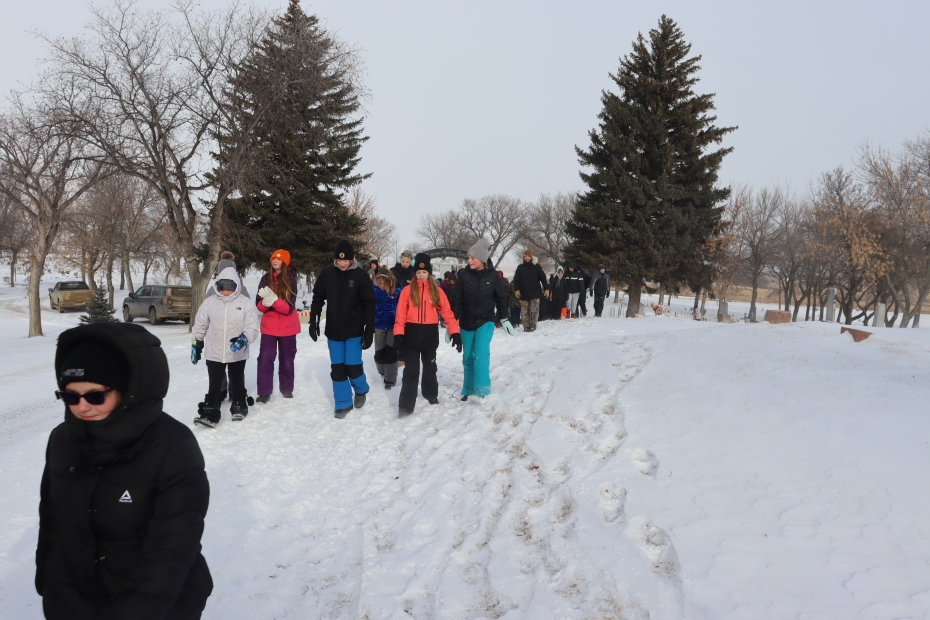 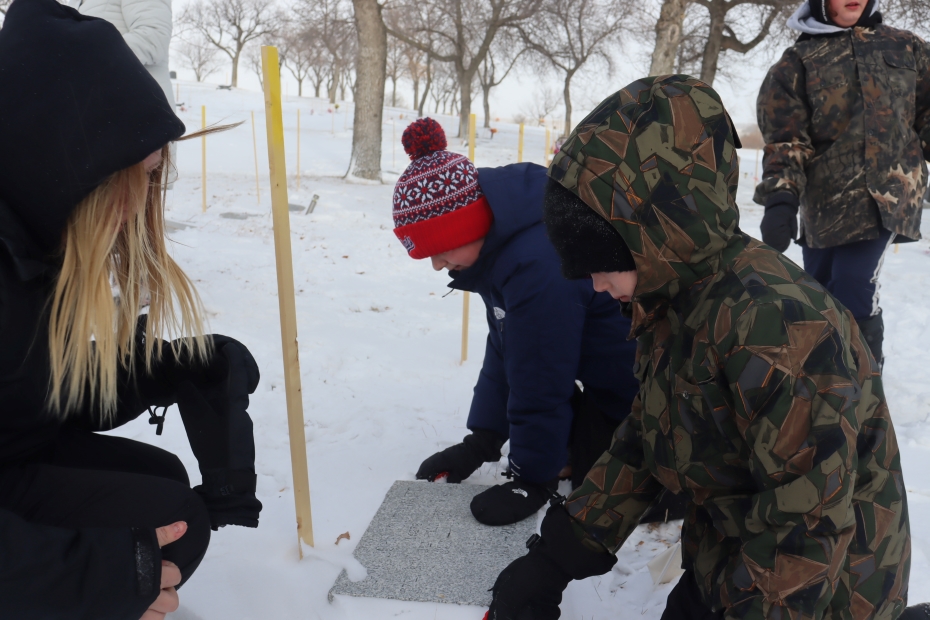 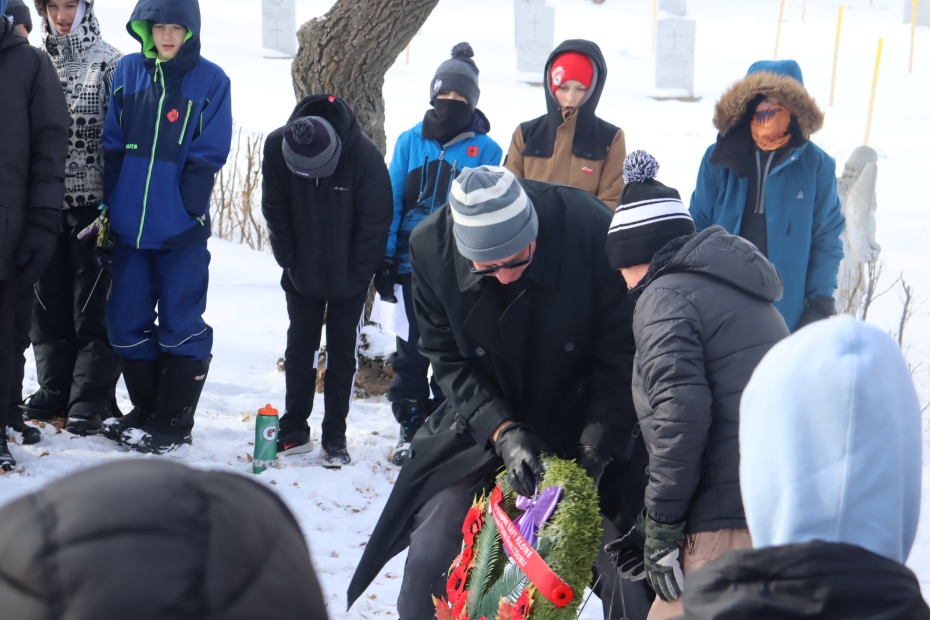 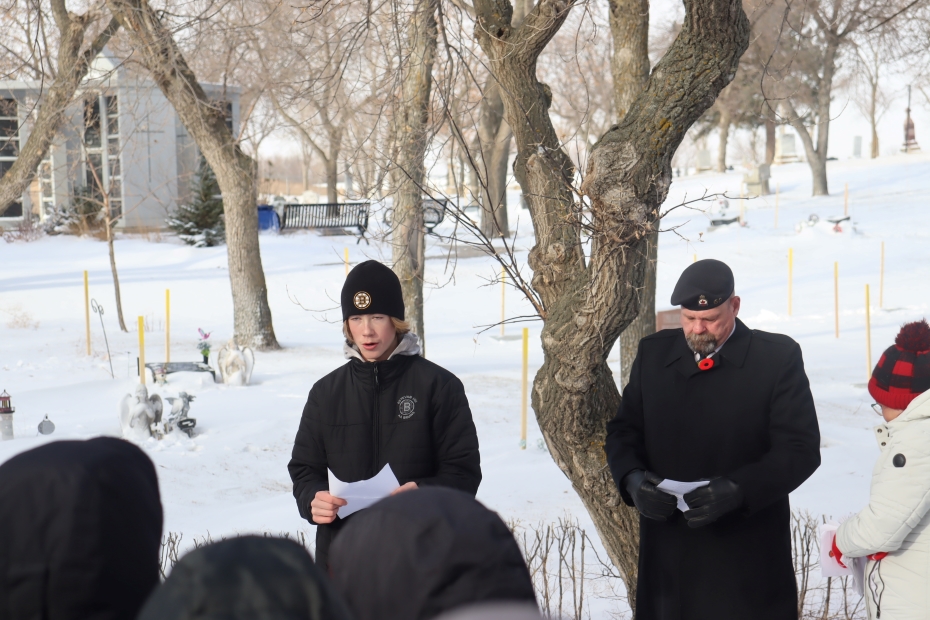 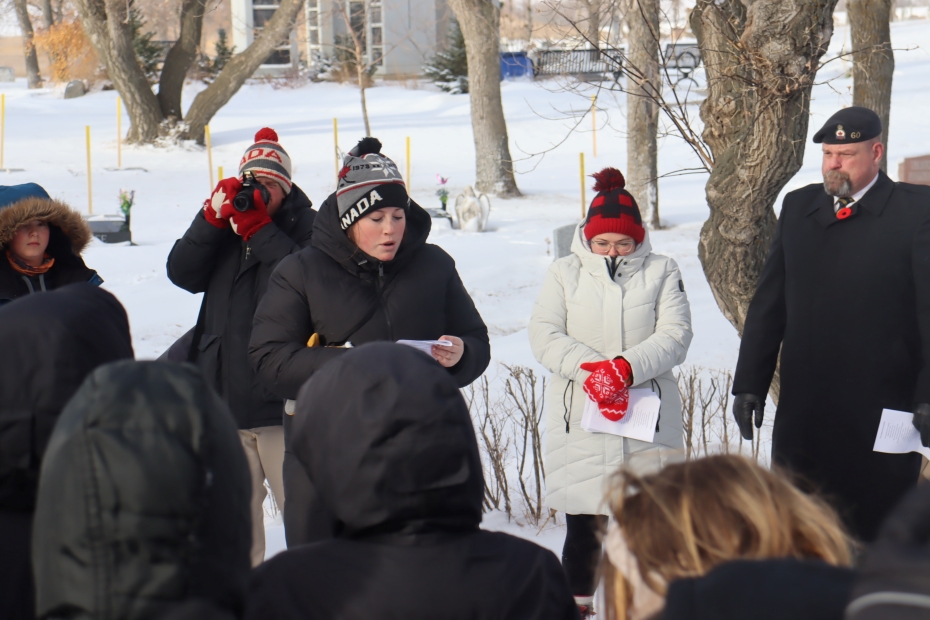 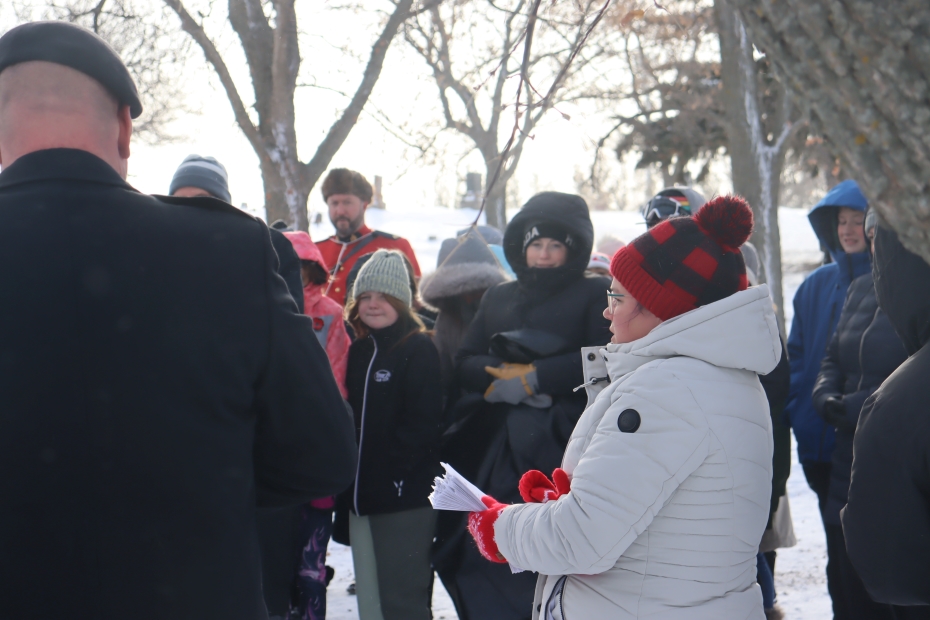 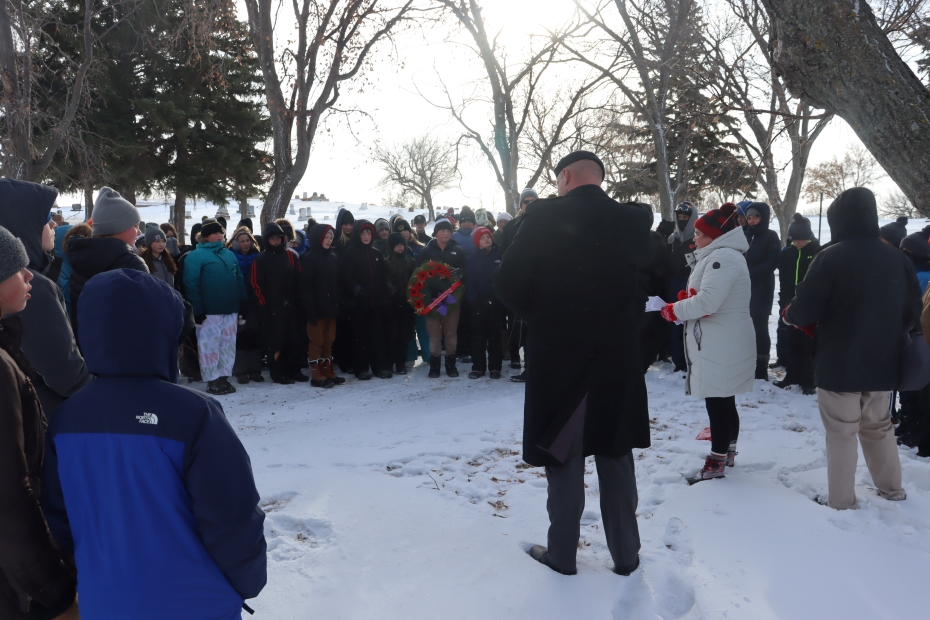 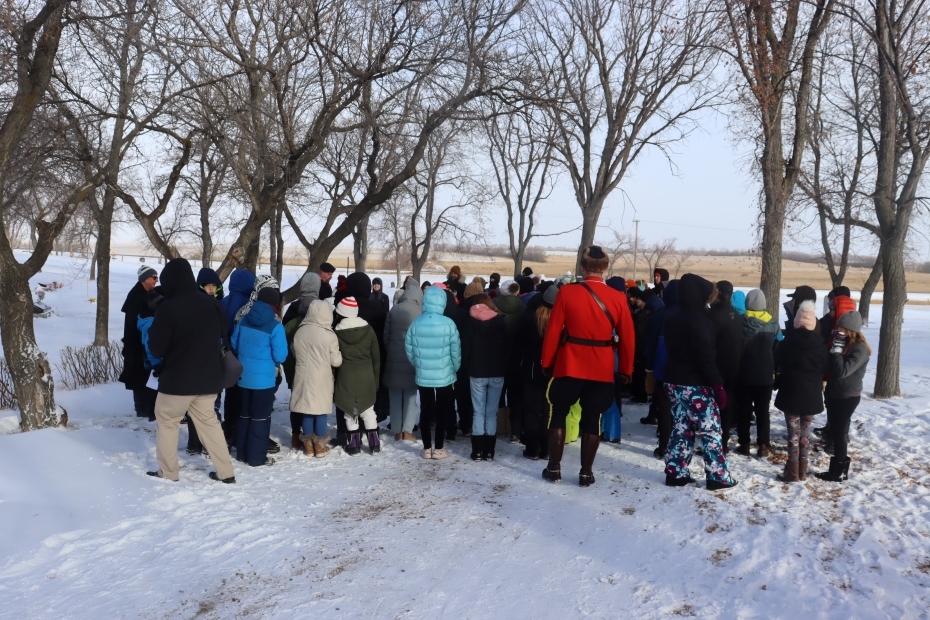